I was prompted by several users to listen to a new German RPG-Podcast. On the commute, I did just that. And it highlights so many things that are wrong with the mindset of German mainstream gaming. The podcast was a one hour long review of a new box for DSA. This box has some promise: it supposedly is about a Dark Age five hundred years before the current continuity. I had hoped for an un-shackled World of Dere, but alas, this was not to be. 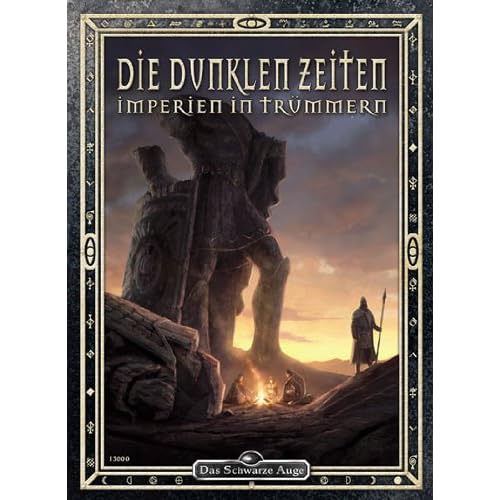 Instead the reviewers engage in the two cardinal sins that exist if you want to please me:

Nr. 1 is self-explanatory. Snorefest! Also, where are your critical mindsets?
Alas, the criticism was saved up for Nr. 2…

See, the hosts talk as if some Bavarian Schuhplattler Yokel was trying to sound like a politician. But they get humorous and slap each other’s backs, chuckling, when bashing what they think of as bad gaming.

„And the city of Elem is described in full detail, as we know it is about to be destroyed by the Vengeful Star. Good riddance, as elsewise we would have had T-Rex riding PLAYER characters on Dere! *Collective chuckling* Oh yes, thank god it was destroyed. That should NEVER have been allowed.“

The King-Kong lookalike short adventure in the reviewed box is collectively frowned upon, with the hosts exchanging chuckles and mentions of „like in the old DSA…hurhur“ and „good riddance“. There are several other instances of this smug attitude that sees greatness in keeping everything small and mundane.

The most shocking moment was the giggly fit two of them went into when fantasizing of how it would be if actual rules would have been provided for the running of an empire. „You would have to work with uncountable TABLES and OODLES of RULES…thank Jesus we are spared THAT!“ *sigh* *chuckle* „Oh yes, adventuring to become emperor, and then it MUST stop. Who wants to administer grain after all.“ Right, because that’s what God-Emperors do: administer grain. You small minded fools!

Also, instead of providing openness, the main point of the box seems to be the provision of even MORE canon that needs to be adhered to. Extensive chapters are written as to how all openness can be collapsed afterwards so that the holy canon of the current timeline is never invalidated.

Even if the authors of the box might have had other things in mind, the mainstream will eat it up just as those smug yokels of podcast hosts, wallowing in their own and their game’s mediocrity.